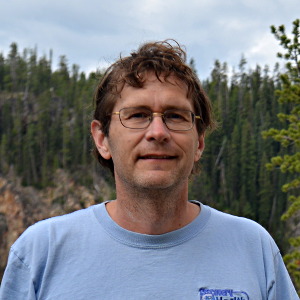 Behold Edward! In all his glory.

Welcome to my home page. First, a little about myself. I am a graduate of the University of Maryland at College Park with a degree in Computer Science. You could learn more about me but I wouldn't advise it. I also occasionally contribute to wikipedia

The cicada's returned in 2021, I took more pictures, adding them to the ones from 2004. I have updated my Yellowstone National Park page with new pictures from my most recent trip. They are mixed in with the existing photos from 2010. I just added photos from Saguaro National Park and the surrounding area. Lots of cacti. Some pictures of the National Mall at night, mixed in with the rest of the Washington, DC photos.

I have set up a family website with more pictures and info for friends and family. Email me if you need the password.

My interests in computers and photography mesh quite nicely. I have a habit of going places and taking pictures then putting them up on the web. I have been doing it for years and have quite a collection. Most of them are in my photo gallery that I call Visual Stimuli. There are pictures from more than 20 parks and places I have visited around the country, such as Arches N.P. and Shenandoah N.P.

I have long been interested in Project Gutenberg, it provides thousands of out of copyright books covering a plethora of topics, but mostly fiction books. I even scanned a few books and took them through Distributed Proofreaders (including: Beginnings of the American People by Carl Lotus Becker [EBook #21501], Expansion and Conflict by William E. Dodd [EBook #21537], Union and Demorcracy by Frederic L. Paxson [EBook #27953], The New Nation by Allen Johnson [eBook #22461], Action Front by Boyd Cable [EBook #11349], The Glory of the Trenches by Coningsby Dawson [EBook #7515], and The Wings of the Morning by Jacob Tracy [eBook #14917] too). I also took several hundred of these books and converted them to HTML and put them online. Go to Page By Page Books and read books online, for free.

I wrote and maintain a Perl module for finding people's names in text called Name::Find. It is available under LGPL and can be found on SourceForge.net. You also may be able to try it out. To give myself a real project using the module, I have a database of people mentioned in newspapers that you can search. A long time ago, I wrote a c library for generating CGM files called CGM Draw. That is freely available for anyone to use.

I also occasionally work on more experimental stuff, usually just to try something out or get a better idea of how stuff works. You can see what's going on in my lab.

Some things are just too weird for words. For some reason, they appeal to me. The Payphone Project contains thousands of payphone numbers, with photos, stories, and links related to pay phones and phone booths throughout the world. Cockeyed.com has all sorts of odd stuff like The How Much is Inside Adventures that tell you vital information like how much CO2 is in soda and how much white stuff is in a package of Oreos. and Pranks (The Google Chad one is great).

I generally try not to wax nostalgic, that is what old people do. But humor me for a sentence or two. Remember when the web was young, and everything on it was new? Take a walk down memory lane to the coffeepot. Probably the first live webcam on the web. Actually, the coffee pot is no longer live, they sold it on e-bay for a few thousand. That was a real piece of web history. I also have more interesting stuff.