The line for the parade 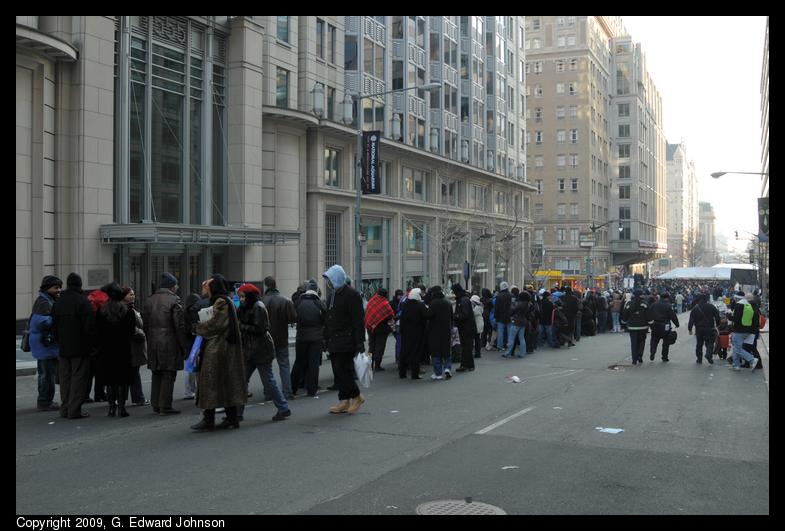 I left and walked a few blocks to see people lined up to get through the security checkpoints and onto the parade route. People were lined up for a block and didn't seem to be moving. It would have been nice to have seen the parade, but I realized early on that I was unlikely to see the swearing in and get even a halfway decent view of the parade. The parade lost.
Date: January 20, 2009
Location: 12th St NW, Washington, DC