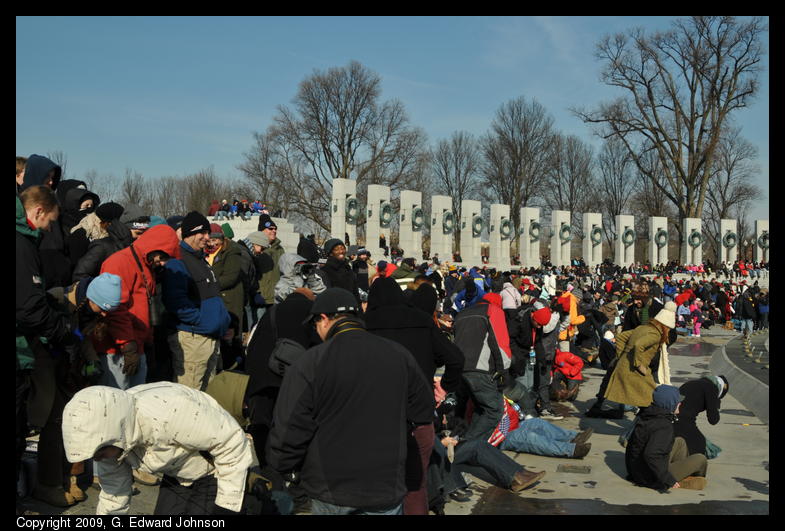 As people were being introduced, the crowd would cheer, except for when Bush was announced, then there was mostly quiet. Biden's swearing in brought cheers and flag waving, then there was the instrumental song which sounded to me like it was heavily inspired by the song "Lord of the Dance". It helped that they had played that song half an hour before.
Date: January 20, 2009
Location: WWII Memorial, Washington, DC